I’m building a simple data capture device for our family farm. I’ve experimented with a few devices before, but I’ve had trouble with both their usability and reliability.

General purpose data capture devices offer flexibility, but are very expensive, and because they are “general purpose”, it requires quite some effort to fully customize. They don’t provide all the peripherals I need either (e.g. RFID), so I ended up with some terrible hacking (and lots of glue)

Some more specialized readers are horrendous in UX. Their displays are awful, not localizable. Keyboards are fixed and require too much training.

So, naturally, I set out to build one.

How are cows identified?

Cows in the farm are identified both with an RFID (injected under the skin), and a visual numeric tag that is attached to their ears: 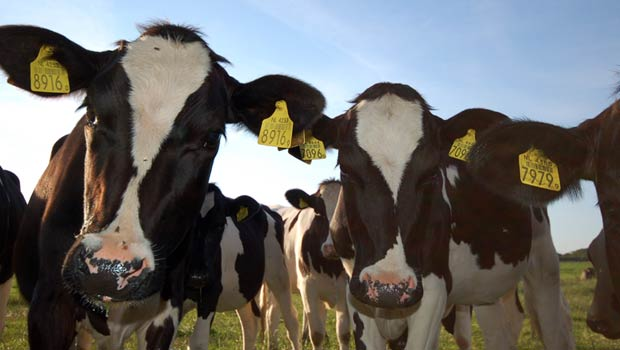 The core board for this project is the mbed platform. More specifically the LPC1768 baord. 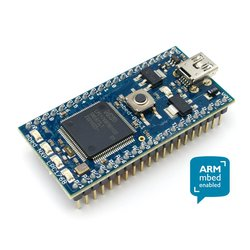 It is compact, low power, has tons of built-in ports and peripherals, and quite a bit of on-board memory (512K flash). And it is a joy to work with.

I just need numeric keys, plus a few functions. I could build the keyboard from scratch, but this Adafruit keyboard is awesome. And I can have colored backlights for free. 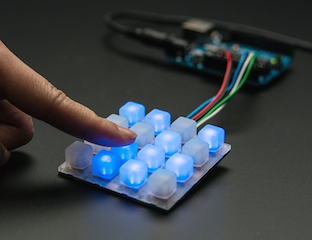 I also like the fact that you can chain then and big larger keyboards if needed (I’m not planning to).

Since I have a 2 line LCD display, I figured I would include an Up and Down keys, to scroll over menus. A Delete key and an Enter.

The reminder buttons are 10 digits and a . for decimals (not really needed).

I don’t need much for this device. I’d like to save as much power as possible, so I’m going with a cheap 16x2 LCD display from Sparkfun.

This device is very simple to use, and because the information to display is not complex, I see this as a good start. It is also low power, and works very well in very bright areas (hint: lots of sun in the fields).

This particular model uses a parallel port. But I have enough of those, so it should be fine.

I did quite a bit of research on this one. Eventually, I found a company in Australia, Priority 1 Design, building low power, simple to use RFID readers in the frequency I need (134Khz). 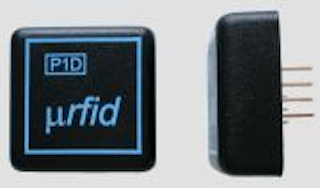 The mbed platform comes with 512KB of flash memory. That should be plenty.

My storage needs are:

The format for this file is {RFID}:{tag}. The intent for this is to be able to identify a cow with a given RFID.

There are fewer than 1000 cows, and not all of them have RFIDs, so this would be fine.

I opted for a very simple record structure:

With records ~30bytes, and having ~490KB of storage available, I have ~16K records. That’s plenty, since I’m planning on having frequent synchronizations with the back end.

This reminds me, we might need an RTC module. Not sure exactly how much battery the mbed board would consume just for keeping track of time.

I debated about adding a WiFi module, or enabling the Ethernet port (that comes built in the board). I decided against eventually, mostly because:

For the time being, I’ll just plug this to the host computer. Later on, I’ll figure out some good battery to power all this (and recharge it).