I recently bought a new (larger) e-Ink display from Adafruit: 2.9” ThinkInk FeatherWing. It comes with the usual SD card, memory and differently from the previous versions with 3 convenient buttons. 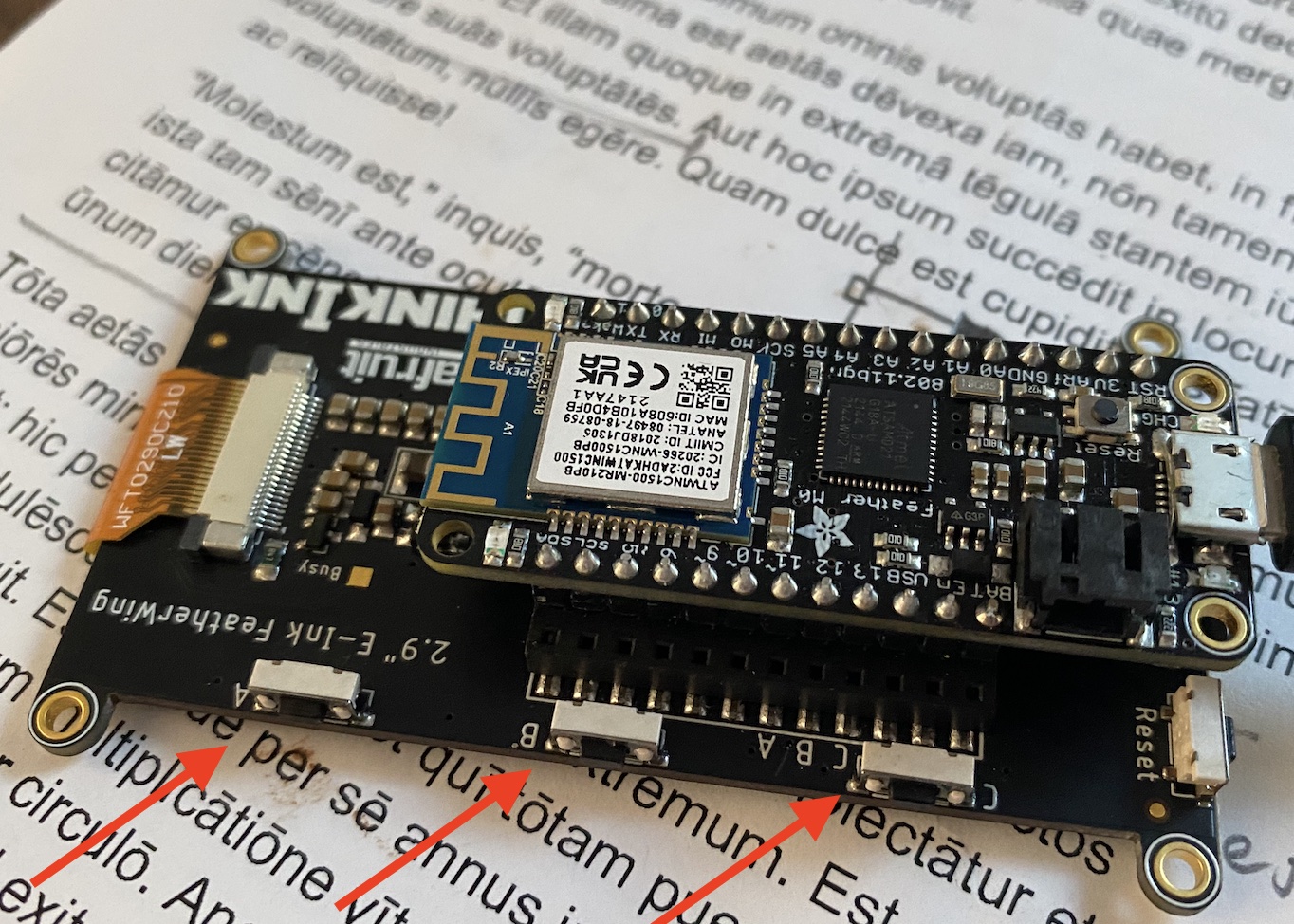 I thought about putting the buttons to good use, so decided to assign each one for a different function:

The display pin-out is set in a way that KEY_A, KEY_B and KEY_C are wired directly to GPIO pins 11, 12 and 13 on the main board. Convenient. When you press the button, you are grounding the pin; and therefore the reading would be LOW (0 V). Releasing the button leaves the pin “open” which means we need pull-ups resistor.

Thankfully, the INPUT_PULLUP option for GPIO’s with Arduino is precisely for this. Arduino’s have internal resistors and it is easily done with the pinMode function:

Because the input is configured as a pull up, when then button is released, you read HIGH. So logic is “reversed”.

The main loop of my program now looks something like this:

Keys is a simple class that encapsulates the GPIO configuration. I also added some very basic de-bouncing capabilities to avoid multiple triggers (de-bouncing).

Everything worked as expected, mostly… I had to adjust a bouncing delay to prevent one press to be read as twice. But the mystery was with KEY_C, which every once in a while triggered on it’s own.

I reviewed the configuration, the wiring…I thought about soldering an external pull-up resistor. I was about to butcher the entire board, when I figured I’d read the board documentation, and there it was:

Pin 13 (connected to KEY_C) is ALSO connected to the built-in LED. Months ago I added a timer to toggle the LED every few seconds. Every time I turned the LED off, I was grounding the pin, essentially, mimicking what the button does. Mystery solved.

I thought (wrongly) that by configuring a GPIO as INPUT all outputs would be ignored. But it turns out they aren’t. And now a bug is a feature. All buttons have software equivalents.